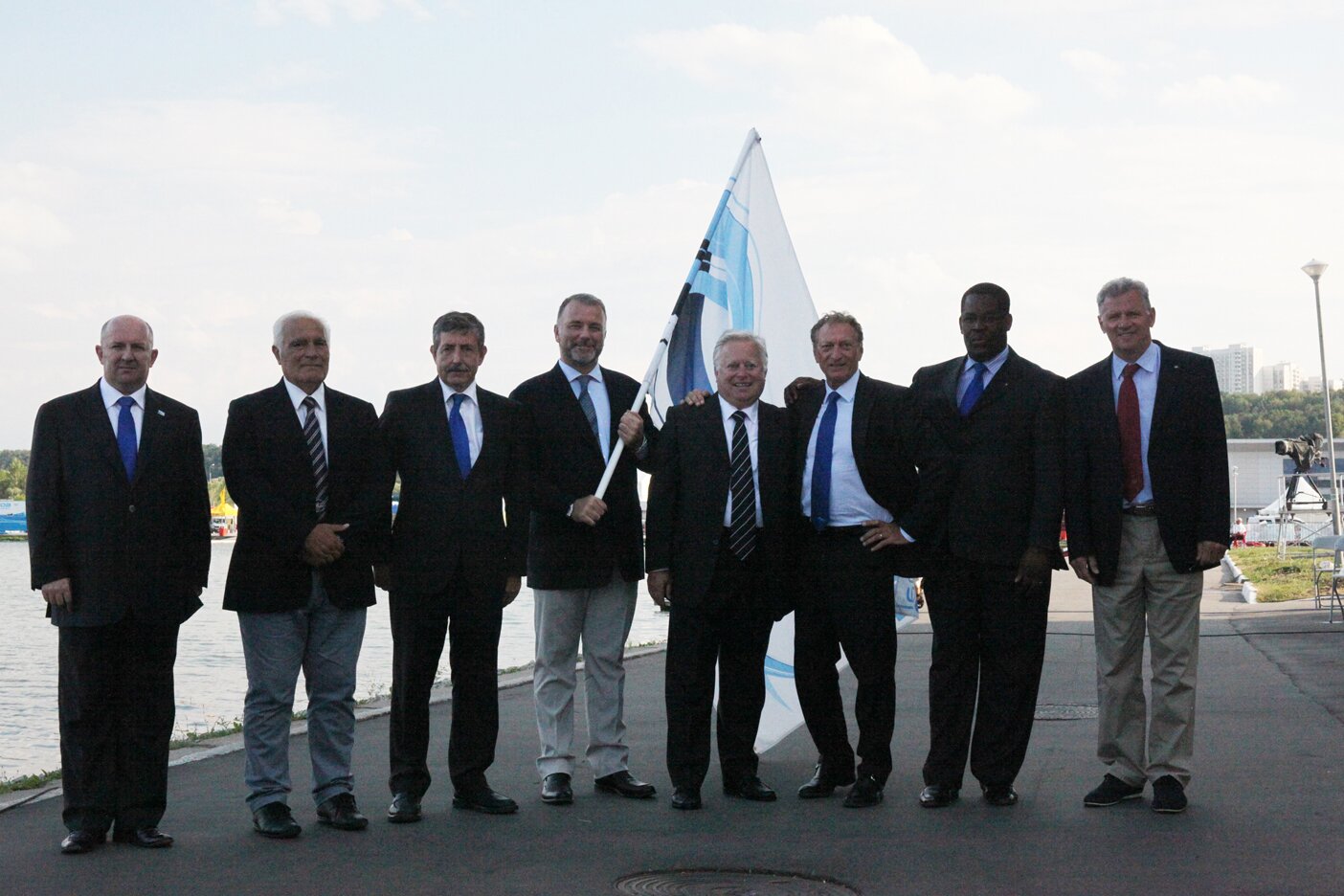 From Moscow 2014 to Milan 2015. At the conclusion of the 2014 Canoe & Paracanoe World Championship canoeing in Moscow, the Russian Organizing Committee handed over the ICF flag to the representatives of the Canoe & Paracanoe World Championship Milan 2015. Next year, the world of canoe and paracanoe will be in Milan to reach Olympic qualification and World medals.